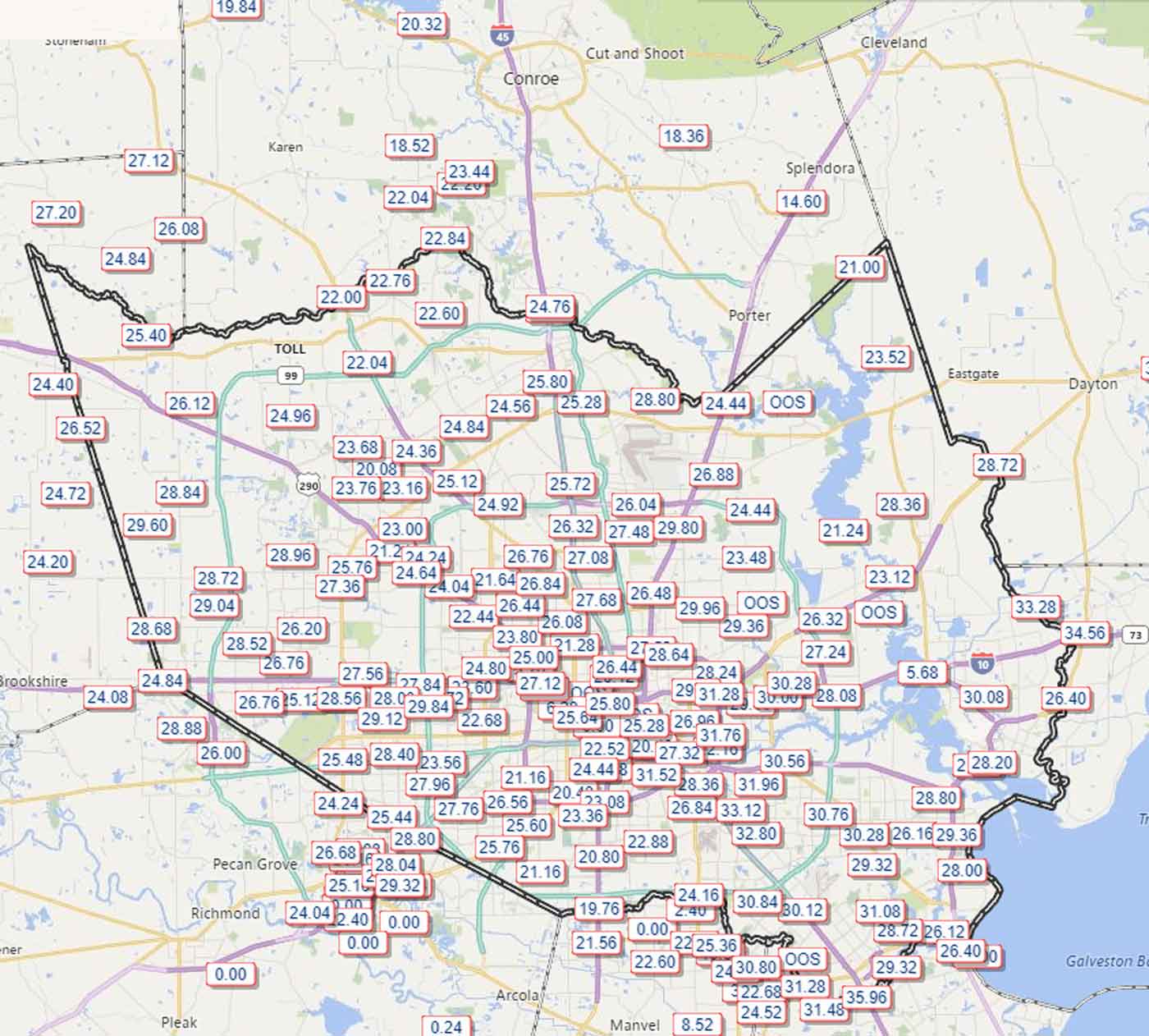 As you can see, there have literally been 2′-3′ of rain that has fallen across the Greater Houston area. As a comparison, here are the rainfall totals from last year’s Tax Day Flood 2016: 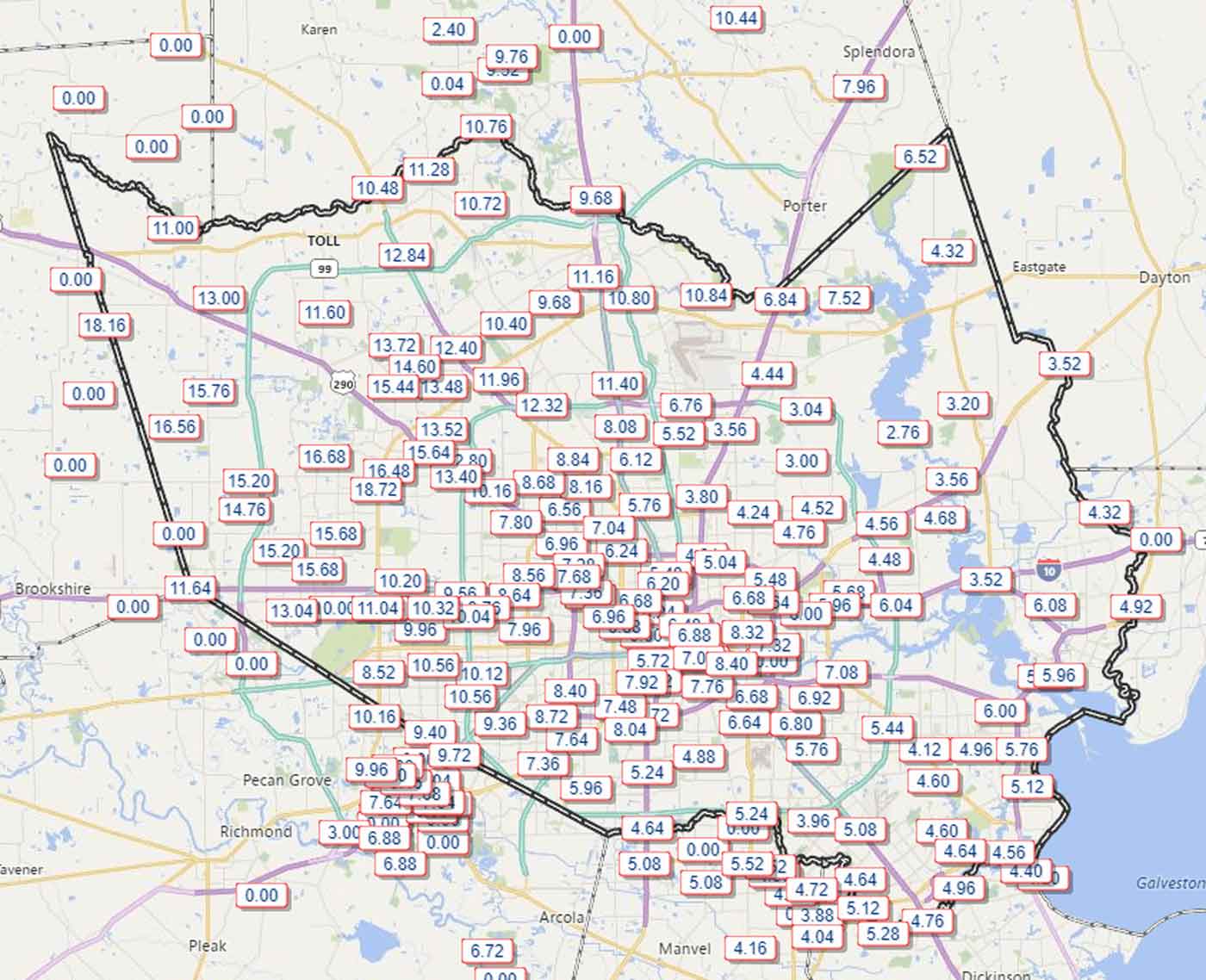 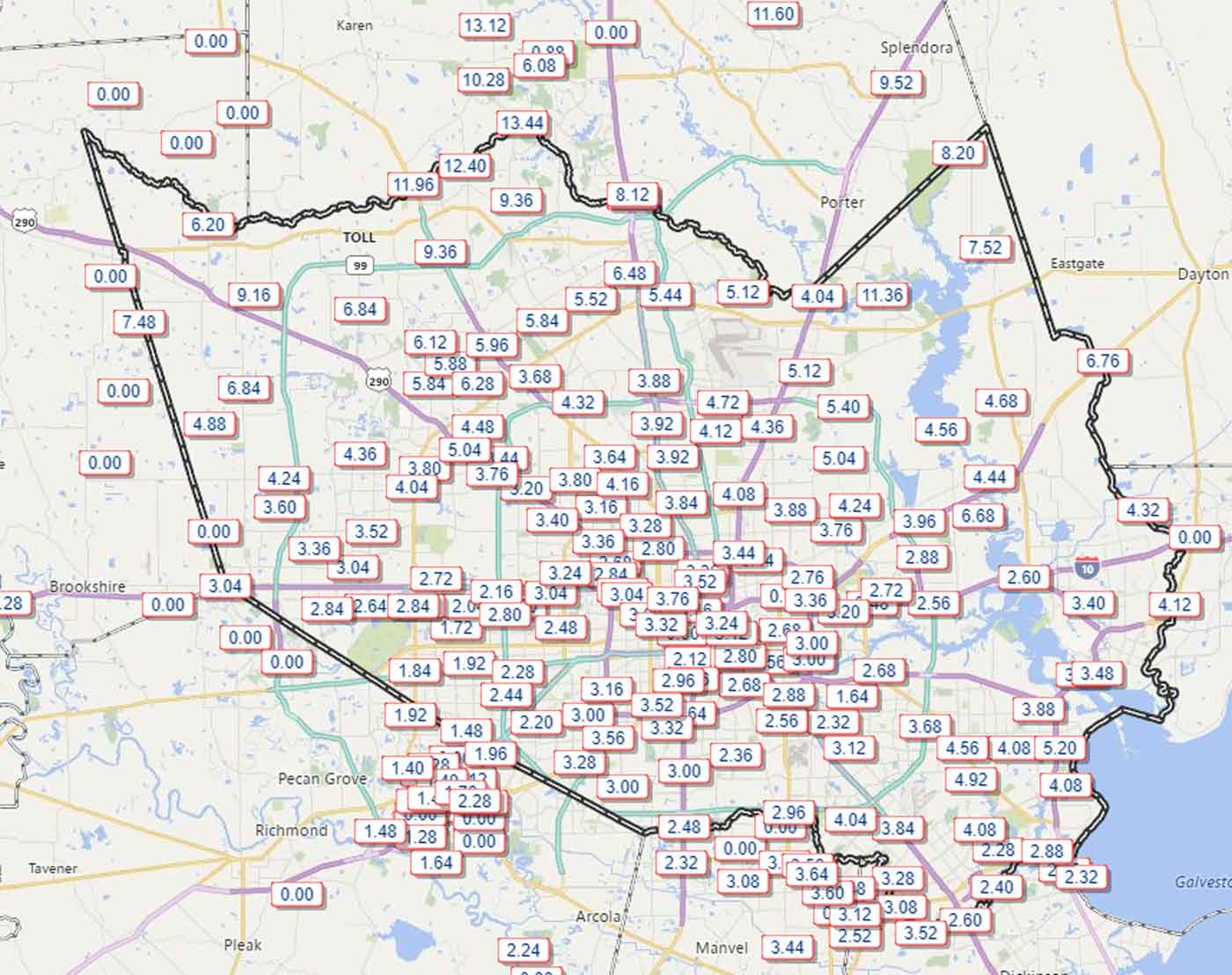 Now, one thing to note is that the reason that these floods occurred was because of rainfall rate, or how much rain fell in 1 hour. While Harvey has not been light on that, it is the primary reason for both of these floods.

If you pay attention to the totals, however, they are unprecedented. Nothing comes close. While Tropical Storm Allison was devastating to Houston, it also meandered around Houston for almost 2 weeks dumping its rain on the area: 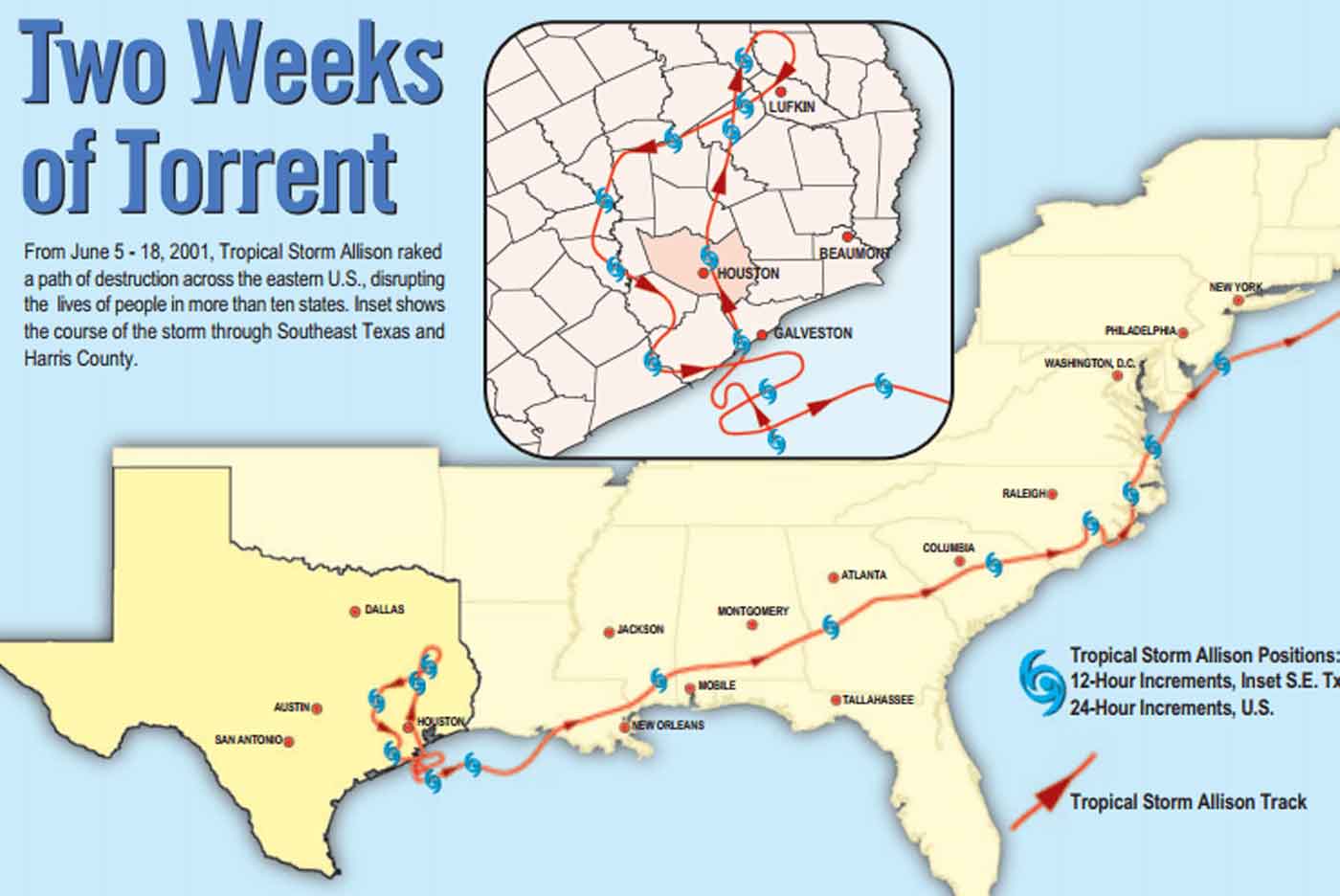 And these charts show the rainfall amounts for the Houston area because of Allison: 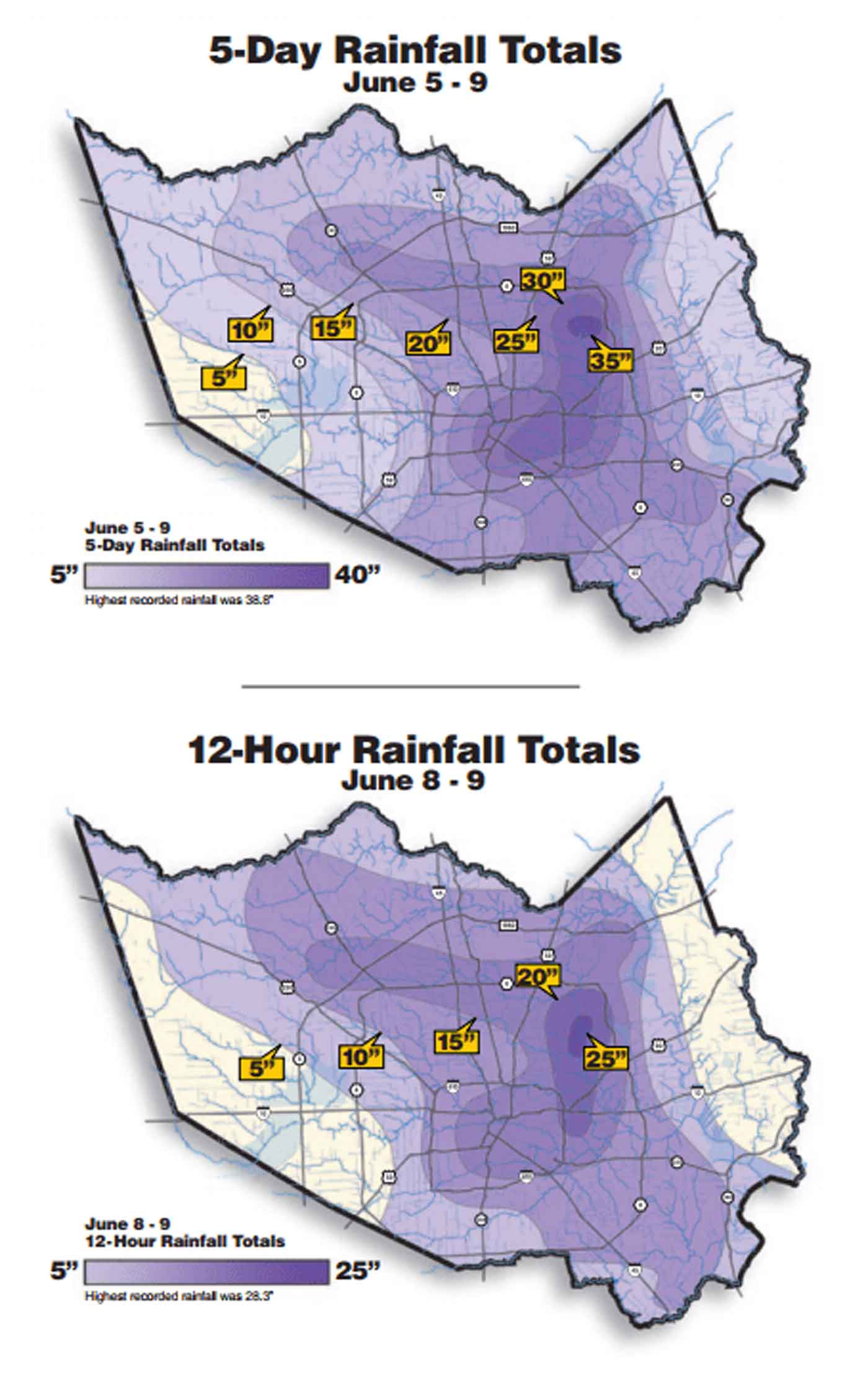 While these would be mind-boggling during any year, they pale in comparison to the chart at the top of this post. This should put this rain event into perspective. As of noon yesterday enough rain had fallen across the Houston area to fill up a 2 mile by 2 mile by 2 mile cube! And rain is still falling… 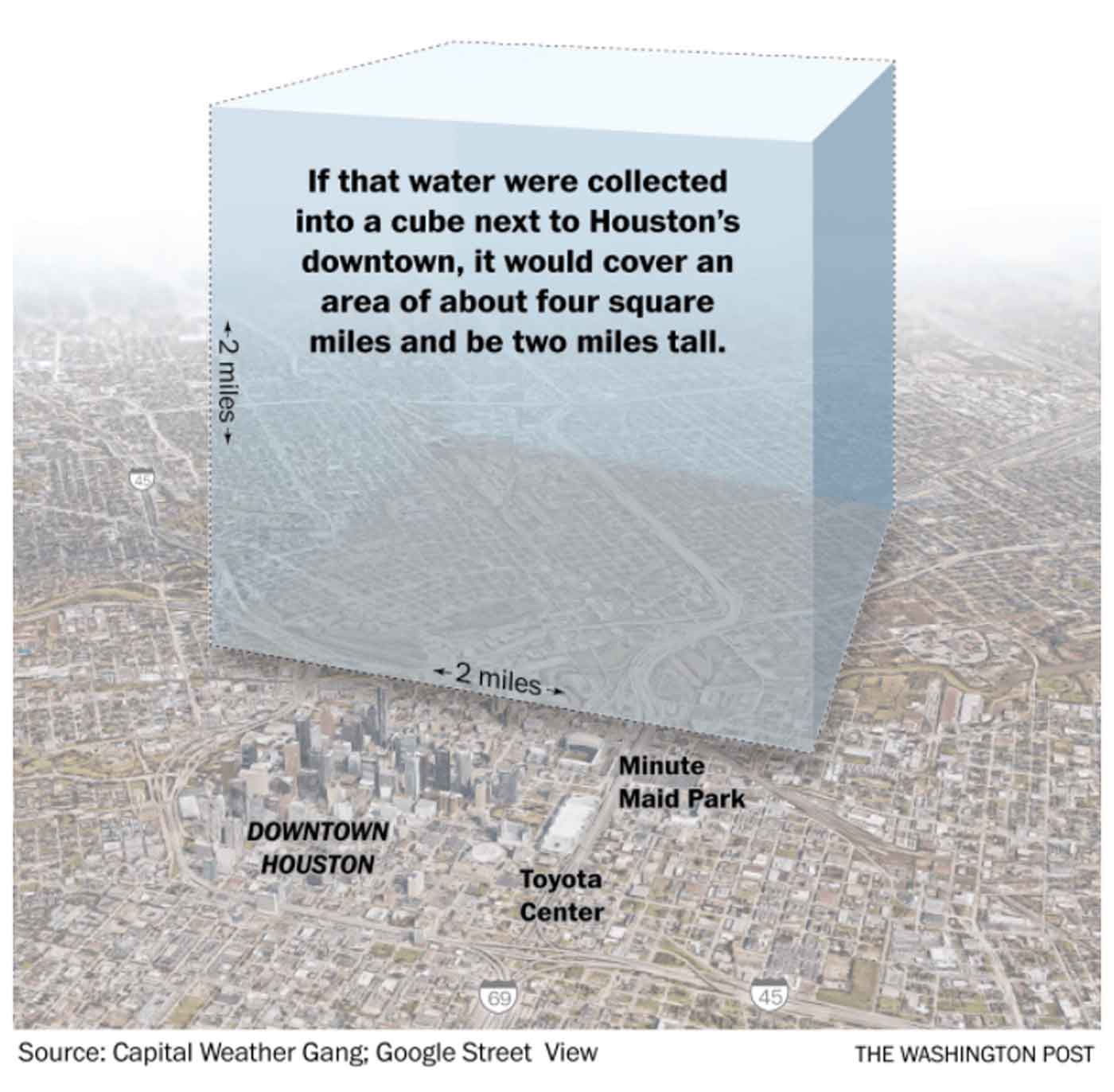 Numerous people who are flooded, and have never before flooded, should not be surprised because of the immense amount of rain in such a short time period. Houston is basically flat, and at over 2200 square miles, and when you put 2′-3′ of water on it, you have 2′-3′ of water on it. No other way to explain it. As a point of education, some of you have heard about 100 year flood event, 500 year flood event, etc. These are a bit of a misnomer. Here is the lowdown: 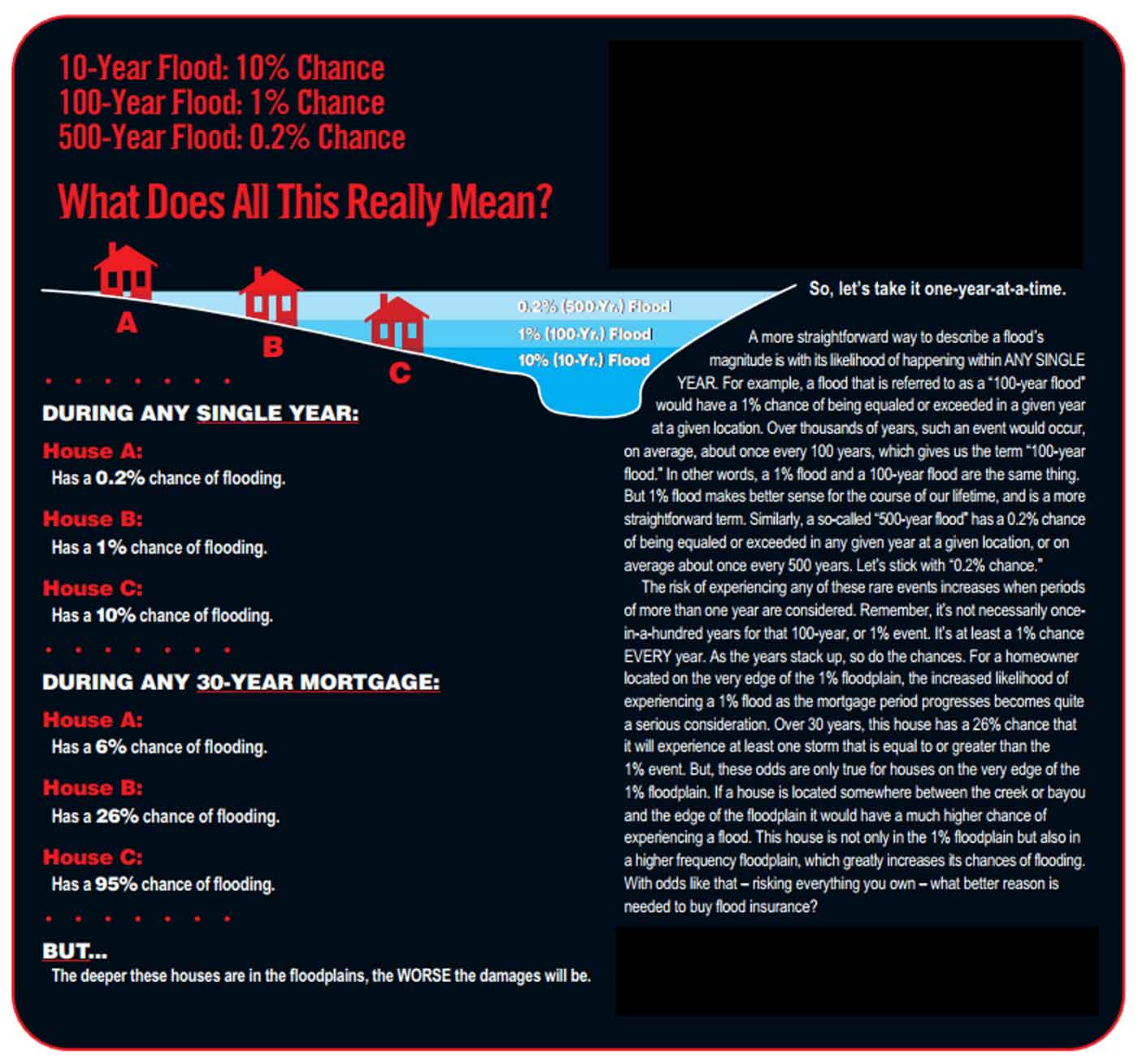 Houston’s rain water flows into street, then into ditches or storm sewers, and then into creeks and bayous and then into rivers and then into Galveston Bay. This system is called the watershed. And each watershed acts differently to rain. Some are slow to drain because they are long and windy, like Cypress Creek. Some are quicker to drain but end up accumulating behind a levy, like Addicks and Barker Resevoirs. Here is a quick glance at the Greater Houston watersheds: 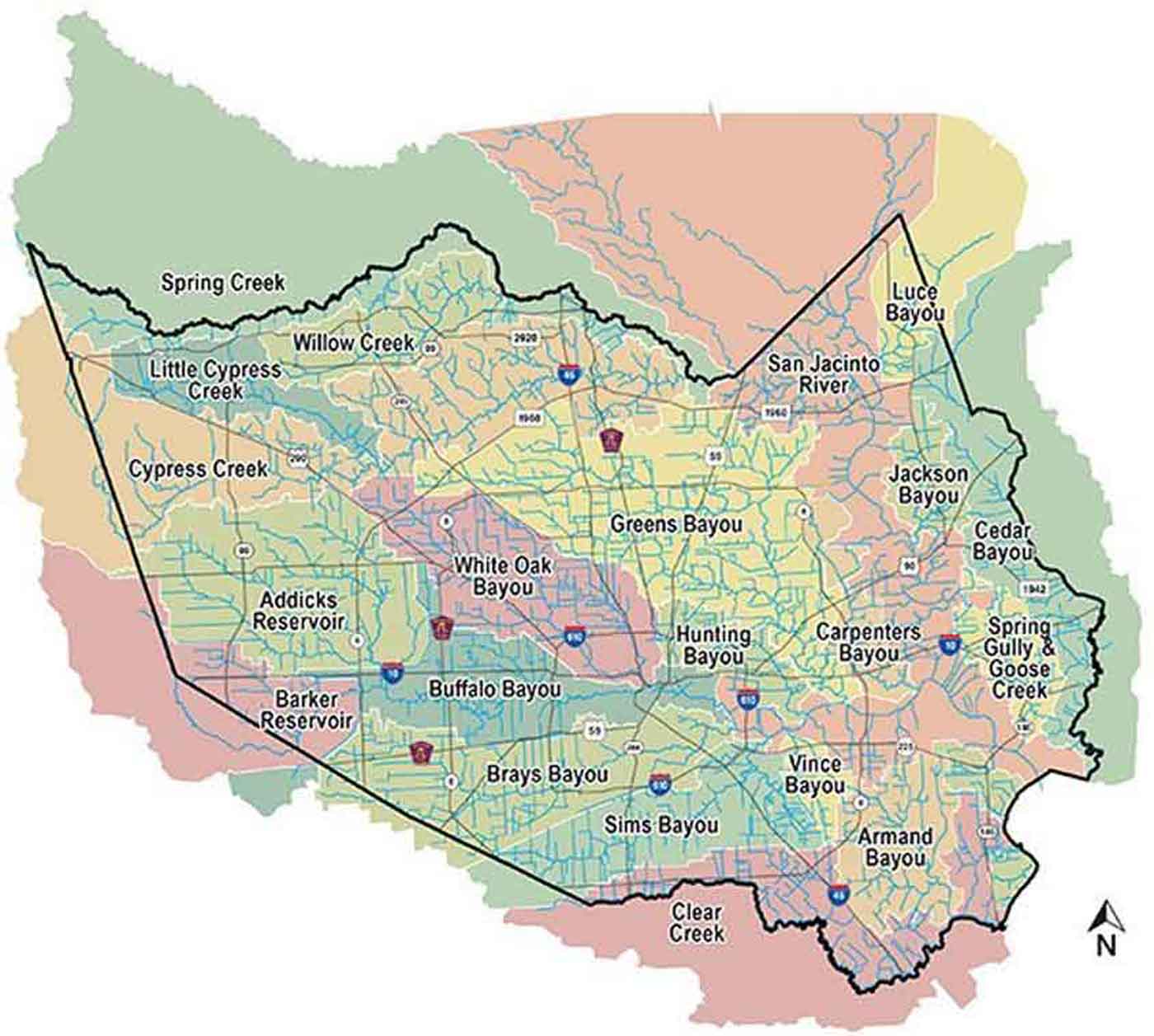 One thing to note. Because Cypress Creek’s watershed is SO long and windy and so slow to evacuate rain water, the Harris County Flood Control District and Army Corps of Engineers installed a levy. This levy doesn’t hold water back, but actually acts as a relief valve for the Cypress Creek watershed. The waters in Cypress Creek, when they reach a certain level overtop the levy and allow some of the water to make its way down into the Addicks Reservoir. This has happened with Harvey, and the Memorial Day 2016 and Tax Day 2016 flood events. I hope this puts this flooding into perspective…even while rain still falls.